Based on input given during the Korsvik operation, AllSeas also requested a review of the S-100 Demonstrator and data in the Stavanger area. The Norwegian Coastal Administration and the Port of Stavanger also wanted the S-100 project to participate with their expertise, tools and data in connection with the planning meeting. 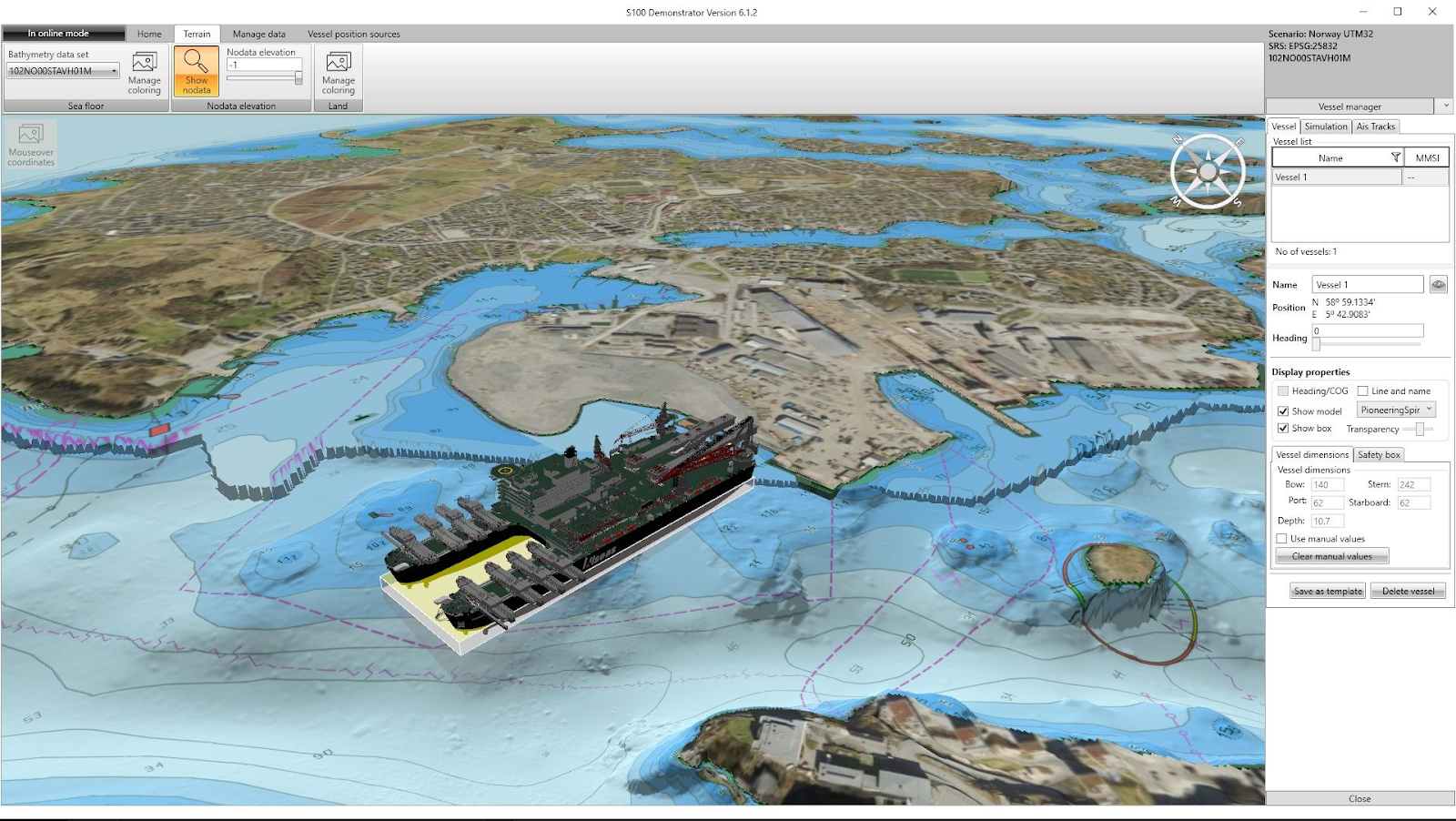 Rosenberg Verft v / Stavanger was identified with Bergen Agent as the relevant area. The S-100 Demonstrator project already had access to high-resolution data for the area and could thus also contribute to this operation at short notice.

PS was to anchor on Åmøyfjorden prior to the assignment, with the vessel arriving at the fjord on the morning of Thursday 17th June. The planned operation was at Rosenberg Verft on the morning of Sunday 20th June.

The following S-102 data set was used further in connection with the display in the planning meeting and in connection with preparation and review of the operation for vessels and the Coastal Administration. In the preparations for this operation, ECC also tested the distribution of the S-102 data set to the end-user system “SEAiq” by local pilots from the Norwegian Coastal Administration.

“Crane fighter to Byfjorden on Sunday

On Sunday 20th June, there will be a remarkable visit to Byfjorden. The 382 meter long and 124 meter wide crane vessel “Pioneering Spirit” will arrive to load a 500 ton module from Rosenberg. For a few hours on Sunday, opportunities for other traffic through “Tjuvholmsundet” will therefore be limited.

– The aim is to carry out the work as quickly as possible, but it could take up to six hours. We therefore ask other vessels to sail around Hundvåg during the operation period, states maritime manager Dag Matre in the Stavanger region Harbor, adding that there will be guard boats present to ensure everyone’s safety.

Pioneering Spirit is owned by Allseas and the module to be loaded is the first of its kind to be delivered from Norway to the British shelf, more specifically to the Buzzard platform operated by the Chinese oil company CNOOC.

– Taking the world’s largest vessel to Rosenberg is a major maritime operation for everyone involved. The operation has been planned for a long time, not least by the Norwegian Coastal Administration’s pilot service. Proper positioning of the vessel is crucial in the narrow waters and depends on several factors, says Matre.

The Stavanger Regional Port and Coastal Administration are participating in a research project that makes it possible to test such a call with more detailed depth data than can be found in today’s official charts. For this purpose, the Mapping Authority has produced detailed depth data in accordance with a completely new international standard for topographical seabed maps. ” 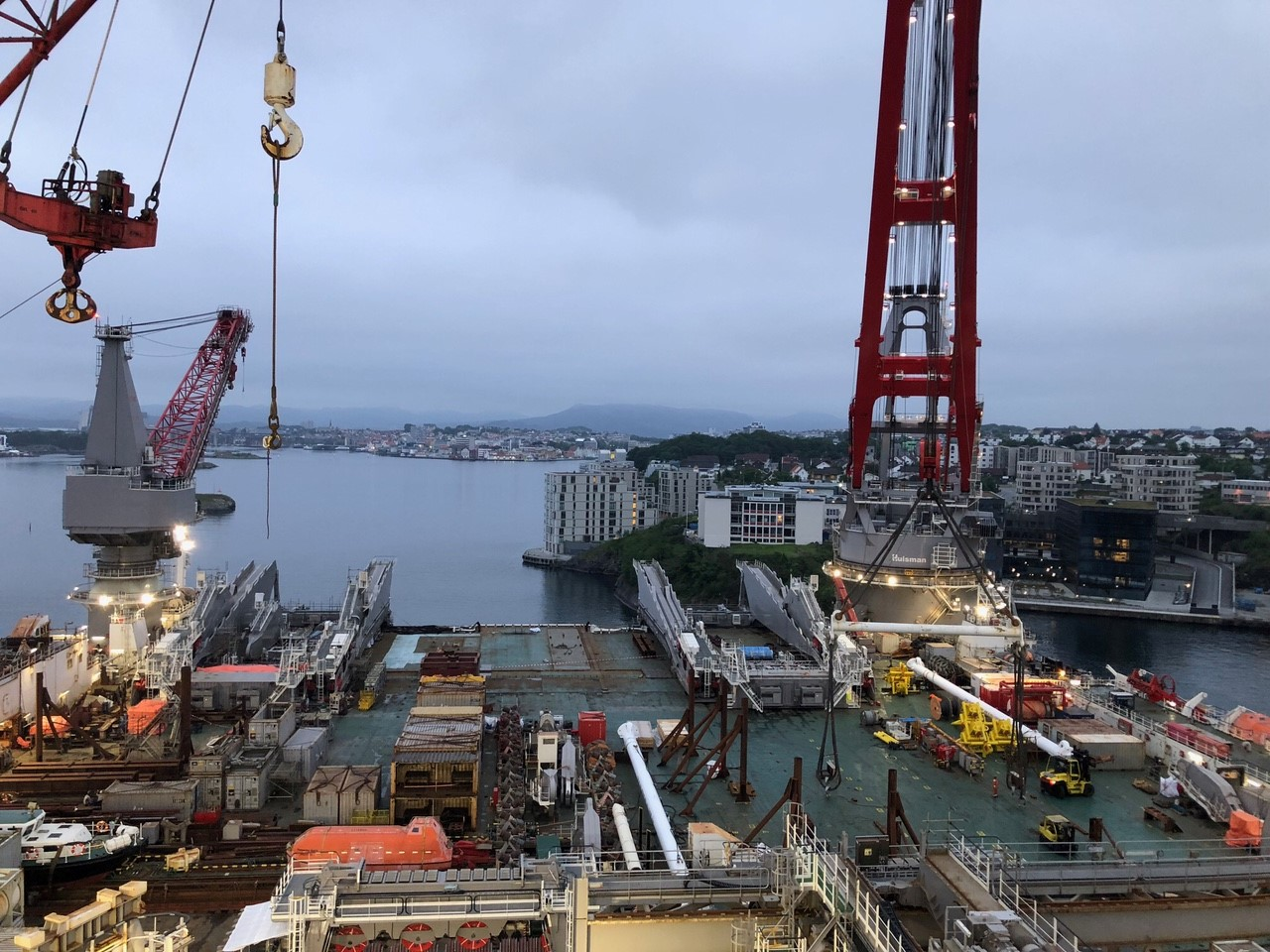 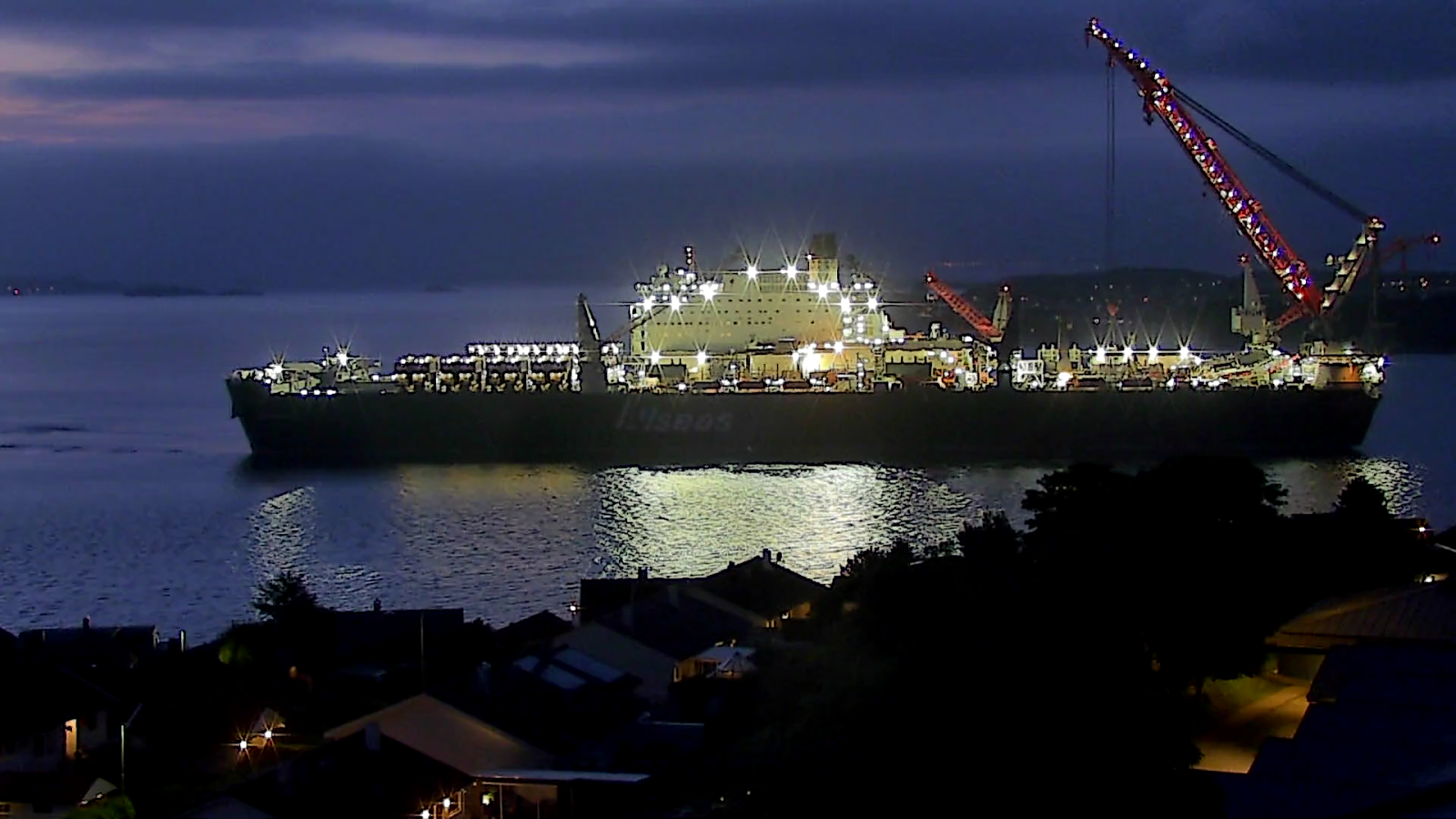 – Some of the largest that has been in the fjord here (aftenbladet.no)